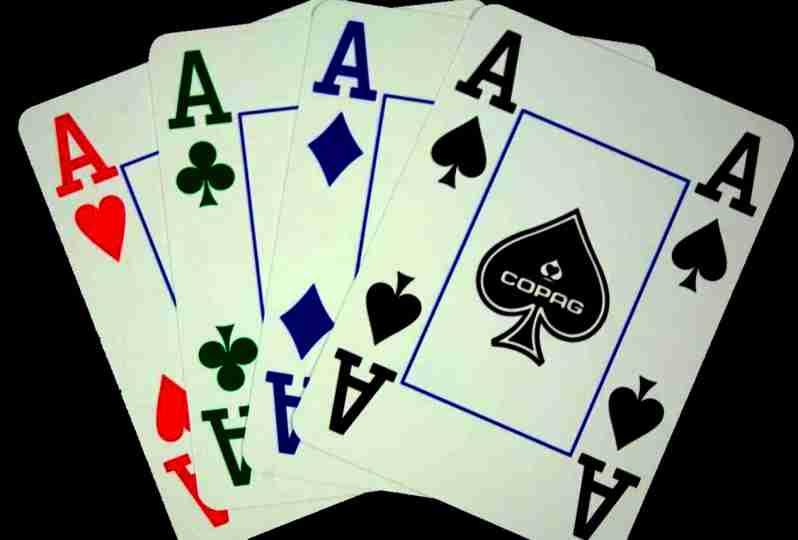 Roger Snow of Shuffle Master is credited with inventing this game. It is very similar to three-card poker, but with a number of important differences. The game uses a standard fifty-two card deck and a table with a special layout.

Because the players use only four cards, this form of poker has a different seniority than the standard five card versions of the game.

Below is a listing of combinations in descending order of seniority:

In four-card poker, you can make two types of bets, which are played independently of each other.

Payouts at Aces Up bet can vary quite significantly (the payout ratio by combinations is not proportional in all casinos), so the following is a range of possible odds:

To make sure you get your payout ratio right from the casino you’ve chosen to play.

How to Play 4 Card Poker

Each player starts the game by betting individually on Ante, Aces Up or both (in which case the bets must be of the same size). The croupier shuffles the cards carefully and deals five cards to the players (despite the fact that poker is called four-card stud) with six cards for yourself by putting one of them face down.